"He came out to repair our washer, ended up repairing our steam shower, garage door, and a spring. They were wonderful. He came out and was superb. He found other things that needed fixing and he was able to help us very fast. He was very user friendly, was not over expensive. We were very happy with his service. Complete, clean, responsive. We are happy to give any personal references if needed."
- Betsy M., Chicago
"My washer would not drain then the dryer broke. It was the Thursday before Labor Day and my washer wouldn't drain. Nick was there within 2 hours, had it fixed, then also noticed that my dryer was really loud and unbalanced. He called and gave me the details I approved him looking at the dryer. He removed lint from the dryer noticed that it was running "too" hot. He went home, did some research on my dryer's parts, came back two times at no charge - had it figured out. Nick is a SAINT. He is honest, reliable, thorough. I would call him in a heart beat, I HIGHLY recommend Park Ridge Home Repair. 5 stars! Bonus: he texts, calls and uses email too! Great communication from start to finish."  - Jennifer R., Wilmette

"Nick serviced my SubZero refrigerator, replacing the motor and rewiring some of the circuits that a previous repair person had left disconnected. Nick was punctual, clear, professional and persistent. He came on a Friday afternoon for the initial call, took special pains to be sure the part was ordered before the close of the business day, then came back on the following Monday to finish the repair. He even fielded a question I had when I called him on Saturday afternoon with a concern about the freezer, which originally wasn't the problem. I would not hesitate to recommend Park Ridge Appliance Service to others."    ​- Janet B., Evanston

"Nick was called to fix my dishwasher which was not working. In a matter of minutes he diagnosed and corrected the problem.  He was a little late in arriving but more than made up for being tardy. Diagnosed and fixed the dishwasher in a very short time. I had been having trouble with my oven so I asked him to look at it. We have had this oven for a number of years and lately it would take an extremely long time to start up. Nick looked at it then he told me it was the igniter and he did have one in his truck. A part on the oven door also was not quite right but he spent quite a bit of time taking care of the problem. During the entire time he spent he explained everything to me. We had a very pleasant time during the over 2 hours spent at my home. I would certainly call him again and would recommend his services to whoever needs them."

"The refrigerator was not cooling as it should, though the freezer seemed to be working OK. I contacted Nick of Park Ridge Home Repair on the weekend and arranged to meet him at the rental house early Monday morning. Nick was prompt and was on location working by the time I arrived. Nick diagnosed the problem - described and demonstrated what the issue was - defective defrost heater, as the cooling coils were caked with ice, eliminated other issues like the thermostat which tested OK. The job took about four hours which included the calling and travel to his parts distributor to get the defrost heater. The "price" rating is the only iffy rating. It's hard to shop around when you do not know what the exact problem is. I believe the cost was fair as Nick took out a pricing book and showed me the flat rate that he charged for the job. He did not add any travel expense to the flat rate and he threw in the cleaning of the condenser coil, usually a $25.00 charge, because I am an Angie's List member. Another plus was that Nick did the whole job in a 4-hour window as the freezer contents had to be removed from the only freezer in the house so the renter did not lose any of the freezer content to spoilage."
- Larry L., Northbrook

"Had a great experience with Nick at Park Ridge Appliance Repair. He responded quickly to me twice -- once when the door lock mechanism during the Clean function on the oven went wrong, and again when there was a strong gas smell coming from the oven when I turned it on. I was worried I was going to have to buy a new oven, but he tested it and discovered that the ignitor was weak. He was able to replace it easily and now my oven works fine. While he was there he also noticed that my windows shake and offered a tip on something I can get at Menard's to fix them. And he left me with a small stainless steel brush to keep the burners on my stove clean and dry to prevent problems. He was responsive, knowledgeable, helpful and seemed honest. He also gave me his Angie's List discount. I'll definitely use him again."

(847) 810-0104
Most of our business comes from referrals and repeat business. We do all of our own work (no subs) and strive to provide the best customer service we possibly can. Below are actual comments submitted by our customers.
Check out Park Ridge Appliance Service on Yelp 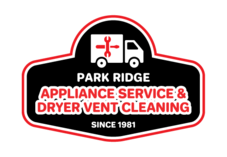 "Nick fixed our stovetop that was not working. He was extremely professional and friendly. He showed me what was wrong with the stovetop, explained how to avoid the problem in the future, how to fix it on our own (if it were to happen again). He was excellent in his customer service. I highly recommend him and we will be calling him again when our next appliance breaks. Do not hesitate to call him... a great customer experience. Thanks Nick!"
- Julie N., Wilmette
​
"My GE refrigerator was not working properly - all the food was thawing in the freezer and getting warm in the fridge. Since it was a Saturday morning, I had a difficult time reaching repairmen but Nick called back and stated he could head over within a 30 minute period since he had just finished a job in the area. He not only came over promptly as promised, he also took the time to call me to advise he was headed to the store to pick up a compressor as he believed from my description that was probably the culprit. Once Nick arrived, he was thorough, explained everything, was good at picking up and cleaning after himself. He even assisted adjusting my refrigerator doors as he noticed they were not even did not even charge me for it. Just yesterday, I thought my digital temperature display for the fridge was not working properly so I called Nick thinking I needed to make an appointment but after describing my issues, he walked me through how to troubleshoot and saved me a visit $$. I will recommend Nick to others as he is honest and professional! Nick was awesome!"